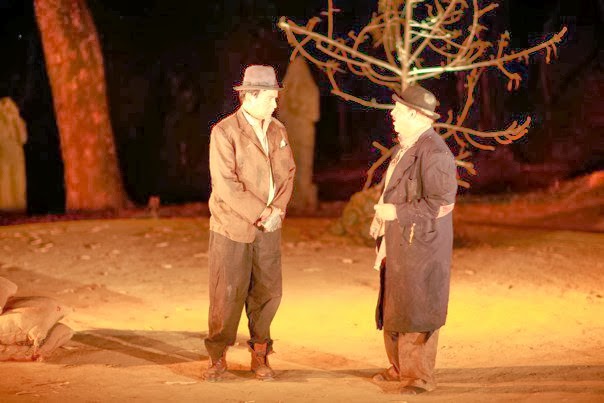 The conflict between mind and body spiritual and materialistic values and the clash between individual and society has always been present within the dimensions of the writings in all ages. But the Theater of the Absurd varied from all these traditions as it is unusual and unconventional in its open declaration of the existential condition of the world. Its central expression is the confrontation of the man with the universe that has lost its meaning, integrity and deprived of a purpose. Nietzsche, one of the pioneers of the theatre of the absurd, declared in ‘Zarathustra’ that God is dead, and the world has become disjointed and meaningless. This notion of ‘absurd condition’ became more heightened after the catalytic destruction in the two world wars, which culminated into writings about the existentialist philosophy, characterized through the fragmented dialogues, boredom of human life and disjointed actions.

The writer of the tradition of the absurd – Pinter, Ionesco, Kafka, Genet, Sartre and Mallarme significantly explored the complexity of the human condition in the mechanized world and the inability of the human mind to connect with the outside world. The concept of their writings revolved around the disintegration of the world, emphasizing the constant sufferings of existence – the theme that is greatly evoked in Camus. The Myth of Sisyphus as there is no end to the constant suffering of Sisyphus.

The writers of the theatre of the absurd constantly challenge the notion of time and space as their characters fail to find their ‘self’ within the circumference and boundaries set by the world. Thus, Absurd can be seen as an expression of intrinsic feelings where conflict is not in human beings or in the world but the real conflict arises in their presence together.

The tragic sense of loss, which is always at the heart of absurd drama sometimes, is profoundly expressed in Kafka and Pinter’s writings. Kafka’s plays – The Metamorphosis, The Trial and The Castle are examples of the existentialist drama in which tragic sense of existence appears to dominate over the integrity and essence of life.

Harold Pinter, the noble prize winning writer’s play ‘The Room’ can be seen as the finest examples of the portrayal of tragic sense of being, where exposure to outside world is seen as a threat to the self.

Whereas Beckett’s writing express a deeper layer of absurdity – where absurdity in seen as a way to escape from the harsh realities of life. Beckett, an avant-garde novelist’s writing greatly talks about the characters experience of ‘loss’ where the experience rather than action appears to be the constant occurring theme in the play.

There is no significant action which is taking place in the ‘Waiting for Godot’ thus depicting a world that has lost its objectives and coherence. Edward Albee’s ‘The Sandbox’ and Virginia Woolf’s ‘Who’s Afraid’ are the major examples of the absurdity where creation of an illusion precedes the reality.

The writings of absurd drama also attacked the social circumference and the political scenario of the time. The writers like Genet and Ionesco attacked the values and system by connecting the absurdity with the cruelty and power centers.

The action and the story in the theatre of the absurd is not limited to the boundaries of the text as theatrical performance is closely and intrinsically related to the text. The drama and its performance played a crucial role in giving these writings a huge success and making an immutable impression on spectator’s mind. This endeavour to perform the absurd, its fragmentation and failure of communication has made the existential the most challenging and comprehended reality of literature, art and society. 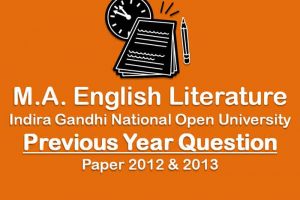 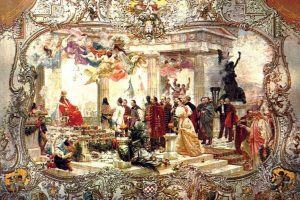